The term co-evolution is commonly used in sociological writing to refer to processes of change that happen simultaneously and interact, so that each shapes the other (or others) and is shaped by them. For example, it is commonly observed that technologies co-evolve with society, such that technologies are both socially constructed and influence, enable and limit the events, trends and changes that takes place across social life more broadly. In a working paper (which I co-authored) we note how the term, co-evolution, is especially apparent within “process approaches” that understand change by summarising, narrating and finding patterns in sequences of historical events. Within this, the term co-evolution describes a certain type of account or understanding of societal change: it is not itself a cause of change. Rather it helps to emphasise and describe “how social arrangements hang together, and how entire systems evolve” (Blue et al., 2016: 2).

A number of recent papers coming out of research undertaken at the DEMAND Centre give co-evolutionary accounts of change in diverse fields, including leisure travel, home heating and the use of fridge-freezers in developing countries. Although not necessarily identifying as such, they each refer to the co-emergence and interaction over time between distinct societal trends. 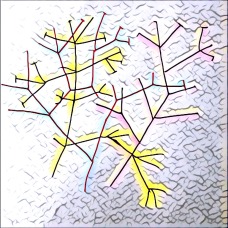 The case of home heating

I focus on a paper by Kuijer and Watson (2017: 77) which explicitly analyses the ‘co-evolution of housing circumstances, heating provision and patterns of everyday practice’ as a way to understand ‘if, how and why more rooms had become heated for longer’ (p. 79) in a sub-set of UK homes between 1920 and 1970.  To do so, it draws together archival work on the history of council house provision and design in a UK town with oral histories from those who lived within these houses during different decades. This leads the authors to pull out three key interacting ‘processes of change’. In their own right, each is fascinating, and it is possible to imagine how a more detailed, nuanced history of each would provide a fascinating account of how current “standards” of living have emerged. But in tackling them together, and in less depth, the authors seek to highlight ‘how complexes of social practices and infrastructures develop together’ (quoting Shove et al (2015: 76)).

The first ‘process’ they identify are the changing ideas on the ‘proper’ organisation of domestic activity as manifested in the design of council housing. These ideas hinged in particular around the location and separation of cooking, washing, eating, ‘living’ and, later, studying and homework; which resulted in more rooms being added to standard housing provision. In turn this promoted certain ways of living, and the extension of ‘activities formerly concentrated in a single living room space throughout the home, resulting in a spreading demand for heating in these spaces’ (p. 81).

These changing ideals of domestic space among council housing providers connected to much broader narratives, understandings and changes in what people do, and should do, such as wider participation in secondary education. They also occurred in a context of changing infrastructures: internal plumbing allowed for warm water to circulate within the house; the provision of electricity and gas meant possibilities for different forms of heating, which made it easier, compared to coal fires, to heat houses for shorter periods of time and when people were absent.

The authors identify these changes in the material organisation of heat as another ‘process’ relevant to understanding increases in heating demand, but state that ‘in interaction with the development and spreading of new technological possibilities to heat the home, new practical arrangements and rationales necessarily developed for the use of these possibilities in everyday life’ (p.82). In other words, the mass technological diffusion of central heating technologies did not simply happen because it could, or because new heating technologies were already, by default, ‘useful’ to residents. Rather, the authors suggest that ‘new uses for heat’ emerged also had to emerge, and did so with the rise of more sedentary, indoor activities like watching TV. This is the third ‘process’ they discuss.

Overall, this presents an account of ‘a series of iterative cycles of co-evolving housing circumstances and patterns of living’ (p.83). The reference to co-evolution denotes that these changes could not have taken place, as they have, without the others. Changes in each ‘realm’ are shaped by developments elsewhere, unfolding in an open-ended but potentially implicit and ordinarily unrecognised “conversation”.

In retrospect, some inter-linked sequences between the steps in these processes of change can be traced: this is most apparent where the steps have an event-like character, as in the arrival of new devices like the TV or the publication of a national policy document.

Indeed, the link between television and heating is particularly interesting, not least because of resonance with my own research, but also because it appears to occur in a particular sequence of connections across diverse threads of development. Indeed, the authors describe the emergence of television watching ‘as a critical moment in reshaping how spaces were used’ (p.82).

Prior to the arrival of the TV, the ‘living room’ had been ‘newly’ created through the local council planning as a separate room in the house: to separate the ‘dirty’ kitchen work from a space where people could spend time for ‘study, social intercourse and recreation’ (p. 80). But this living room was not a heavily used room, and so it was not always (or often) heated. Some respondents re-called how getting a TV changed this: they started to use the room much more routinely. Although this was for special occasions at first, watching TV came to redefine what the living room was for. And in turn this was reflected in national recommendations on the design of council housing.

Television watching might never have taken hold to the extent it did in the UK without a more or less dedicated space in the home, even if it was created with quite different activities in mind. And without this ‘new’ use for the living room space, as TV watching become more frequent, the rationale for central heating in many homes, may not have been the same as it was: it may have played out differently.

In other cases, inflections in the ‘iterative cycles’ of interaction that characterise the co-evolving processes, discussed in the paper, appear to be less sequential. They appear to more gently and indistinguishably ‘co-infect’ one another. For instance, the ideals of domestic living that housing planners discussed and materialised in council homes must be informed by changes in how people are living and in turn, the design of council housing fed into and sustains this. This is a mutual interaction, a linked co-emergence, identification of which does not depend on discrete chains of events or cycles of input and response.

This raises questions about whether there exist different kinds of interaction within co-evolutionary accounts, and whether it is helpful to attempt to delineate them. Is there a substantive difference between relations that unfold in cycles and sequences compared to those that inhere in more indistinct interweavings? Or are these differences more a question of the granularity and focus in any given account?

We can be certain that the case discussed here does not present a complete history (as if such a thing were possible) and that it has privileged the considerations most relevant to its aims of understanding change in demand for heated space. It is therefore, not important to unpack, in detail, the processes of co-evolution itself. To elaborate an understanding of how the demand for heating has emerged over time, it is sufficient to show that these different threads of development all matter together and that they interact. This account contrasts with thos that, more commonly, focus on the diffusion of technologies, without considering how or why ‘uses’ for them emerged, and those that focus on changes in how thermal comfort is itself understood. Here, a side-step away from ‘heating’ per se shows how changes in housing design and activities that take place within homes, that are not directly “about heating” at all, are nevertheless important in establishing demand for heated space.

In other cases, though, I would suggest that the nature of co-evolving relationships – the very process of co-evolution itself – does matter. This is because a sequenced account of change can be a powerful way to emphasise the ‘causal’ role of some relationships that might otherwise be neglected.

In my PhD thesis (Morley, 2014), I studied three areas of energy demand: one of them was thermal comfort. It has long been recognised, and it is quite obvious, that people (in many cultures) dress differently in response to warmer or cooler (indoor and outdoor) conditions. Heating and cooling are linked to clothing in this way: and wearing more or less clothing can be an effective compensation for more or less heating or cooling. What is less obvious, is that this relationship also works ‘causally’ in the other direction: that more or less heating or cooling can be an adaptation to what people wear, even though the primary rationales of dress have little to do with thermal comfort.

Historically, styles of dress changed massively over the last century becoming, on the whole, lighter and more casual. This change had little to do with thermal comfort (though a lot, I suspect, to do with the influence of a warm climate Hollywood), but potentially contributed to the demand for, and rationales associated with, higher room temperatures and central heating in UK homes.

Here, the sequence is important: if lighter clothing emerged mostly at the same time as higher room temperatures, or after particular developments like central heating, then it is reasonable to think that the shift in what people wear at home is responsive to changes in thermal context. This is likely to be quite true. But the arrival of lighter styles of dress in the UK, in the 1950s and 1960s largely preceded the widespread diffusion of central heating, in the 1960s and 70s. This matters because it lends plausibility to the idea that the relationship also works in the other direction: that approaches to heating respond to changes in clothing. In turn, this is important because such account identify relationships that continue to be relevant to establishing, changes within, and possibilities for intervening in the demand for heating. That is, if clothing styles continue to change, for reasons completely unrelated to thermal comfort, there may also be implications for heating demand.

In other words, when accounts of change are focused on particular relationships, and their significance, stepping beyond observations of general, indistinct interweaving, to identifying sequences of steps and changes, may be important. This is not to deny the value, or existence, of co-emerging relationships that are less distinctly sequential. Indeed, it begs the further question of whether there are situations or arguments for which detailing such relationships are particularly helpful?